The Dropouts is an All-Filipino (not Korean) rock band formed in 2006 consisting of members from Cavite, Laguna, Manila and Malabon, Philippines. The band’s main line-up includes founding members Jp Concepcion and Vic Laugo, who were joined by Bj Esber in 2008.

Recent additions to the band are Bea Aben and Jm Naceno, who have both been around as contributors since the band’s inception.

Also, since September 2016, Ivan Garcia serves as the band’s live bassist whenever Bj Esber; who rarely tours with the band due to scheduling conflicts with other projects, is not present.

The Dropouts are noted for the satirical views expressed in their songs, tackling several subjects including habitual latecomers, gold diggers, unnecessary hunger, abusive drivers and sometimes, even world peace. 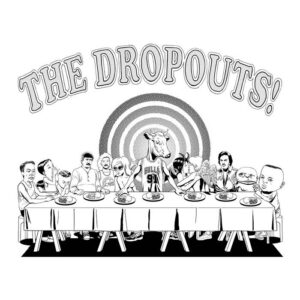