Soika Vomiter  is a Visayas, Philippines-based visual artist who also expresses art in the streets. He completed a Bachelor of Fine Arts Major in  Painting at the University of San Carlos, Cebu City.

Soika Vomiter’s artistic arsenal is delved on acrylic, oil and latex base paints as well as aerosol paints. He is adept with street arts and creates his characters with a touch of stylistic takes on his childhood. The main features and looks of his characters mostly resemble him when he was a child. His subjects in his creations are derived from and signified with a sense of dark humor, blasphemy, freaky pornography, sentient ugly facades, spaced-out distorted faces and other possibilities of non-conformist and trippy imagery.

Soika’s aim in creating provocative artpieces is to challenge the guts of the conservative crowd. For him, real emotions come from moments like aggressively touching someone’s wound. For sure, it will be fucking painful for the other person! Just like ruining someone’s ego. 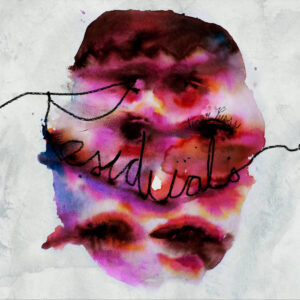