The Sound Of Go 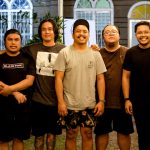 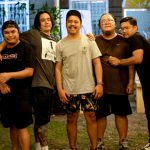 The Sound of Go is a pop-punk band based in Davao City. The band started way back in 2010 by Aijei and Paolo who have been close friends and, as they find out much later, cousins. They Aijei and Paolo were eager to start a local bar band with a goal of sharing the music to the public, specifically to participate in Nescafe Soundskool. After some of the original members of the band left to pursue other interests, they pushed on with a new lineup to fulfill their passion for creating music.

It was back in 2012 when the dream started coming to life and the band released the “Chances Are” EP. As a college band, they got a chance to be invited to play in different universities in Davao, and also started to do rounds in the bar scene in Davao. Through their efforts, they managed create a decent following in the local scene.

The band is inspired by the music of Mayday Parade, Four Year Stong, A Day To Remember, In Her Own Words, Typecast, and more. Their creative process revolves around Aijei and Paolo’s songwriting and comes together in jam sessions with the rest of the band. The result is fast-paced, energetic pop punk music that everyone can relate to!