Golden Mammoth is a neo-psychedelia outfit band based in Putrajaya, Malaysia started by Syabil Alyahya (the brain of Golden Mammoth) who began experimenting, recording and producing in his bedroom. Syabil expresses himself through dancy basslines, lush vocals and hypnotising guitars as he narrates his journey with moving, uplifting and spiritual verses while experimenting with a wide range of musical styles. As a result, every song is a chaotic, flavor-full adventure put out by Syabil.

In 2015, Syabil released his debut EP, Malavita, that consists of 4 songs (handpicked from his bedroom experiments). Syabil’s bedroom endeavours have then grown from being a solo act to performing alongside Que, Zaki, Faris and Ojay. 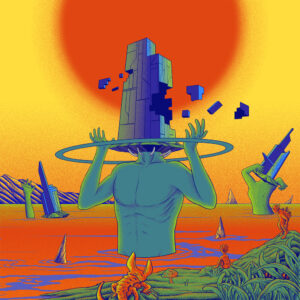